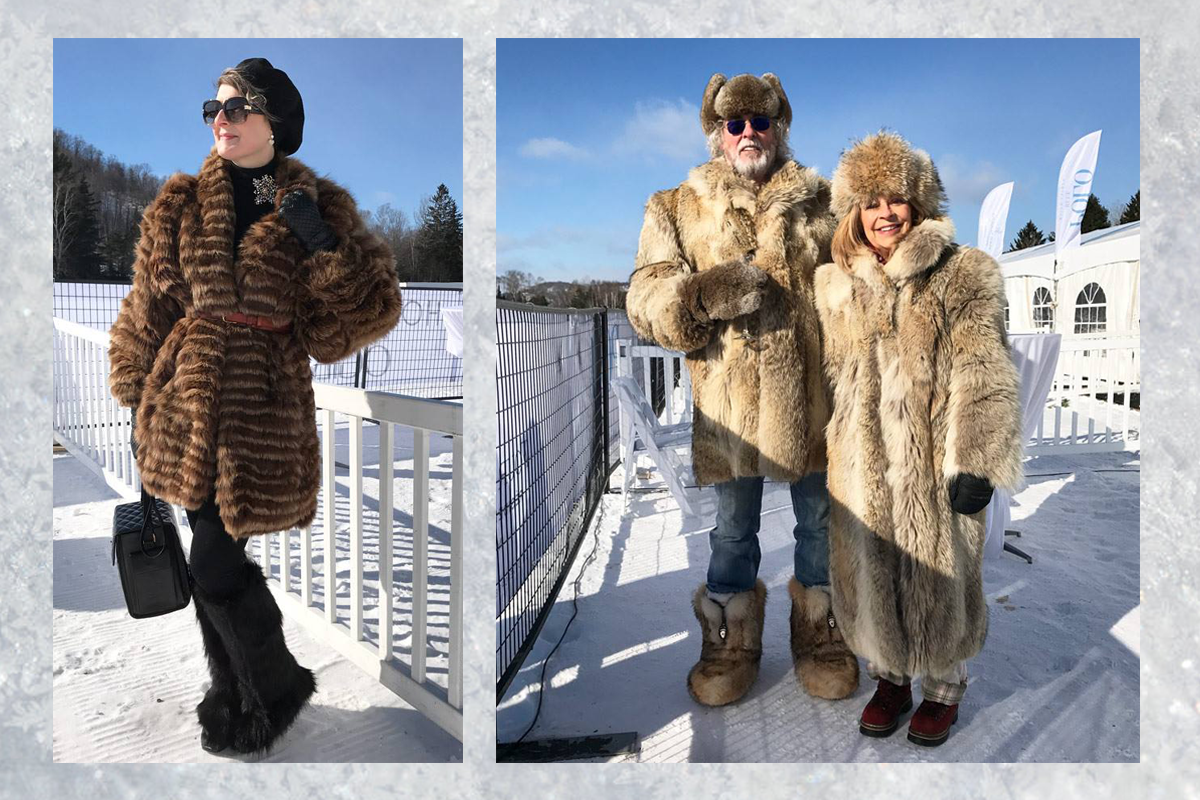 Last week, I attended the 3rd edition of Snow Polo Tremblant. Once again, it was a wonderful weekend that was all about the majesty of Canadian winters, the beauty of Polo and how fashion is an important part of the sport! After sharing my own outfits (which you can see here), here are the best looks I spotted on and off the field!

Couldn’t start with anyone else than Carrie, who’s not only one of the most stylish women in the city, but who was my fave at Snow Polo for a second year in a row! Here, I love the stunning fur coat (found at Salem Remix) of course, but I’m also in awe of the adorable beret, the lovely snowflake brooch and the A-M-A-Z-I-N-G vintage Chanel camera bag (I’m not going to lie Carrie, I’m a little jealous… but so happy you’re the one who found it – if not me;)

Other than the fact that they’re twinning, I love how impressive their coats, hats and boots are! When I asked them where they had bought these amazing pieces, they answered that they’ve had them for 40 years! I know and understand that fur is a sensitive matter for a lot of people, but we can’t deny that when it’s -31 outside, it’s the absolute best option… and imagine how many coats they didn’t buy in four decades! 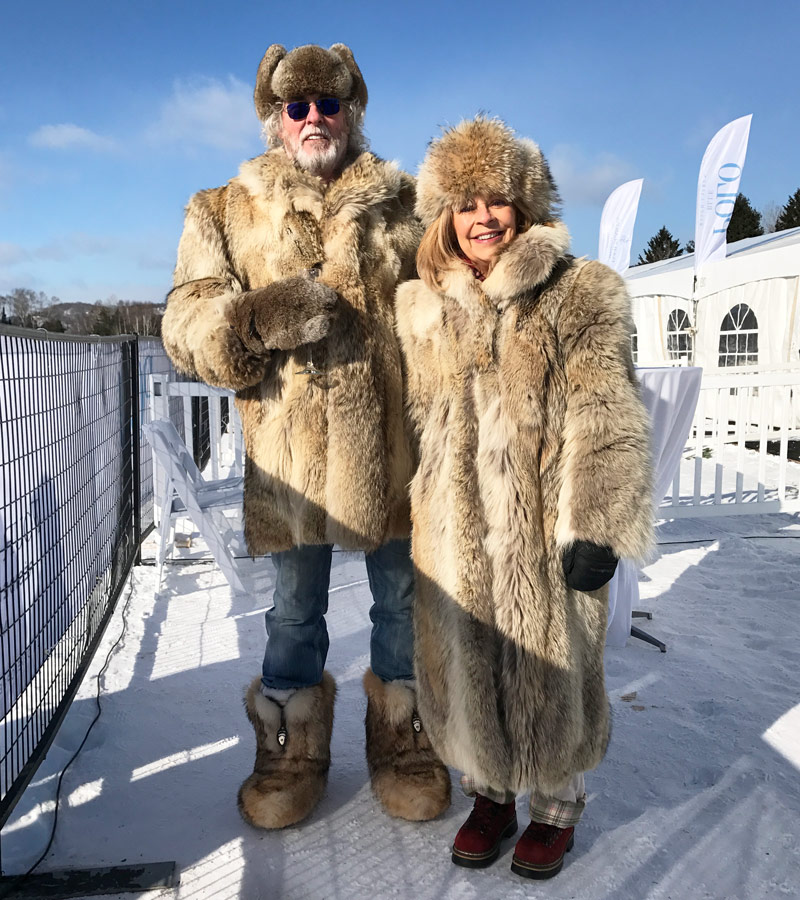 Can I just say how in love I am with this South West Ten jacket? The mix of the camo print with the blush fur is to die for… and those boots are so cute too! 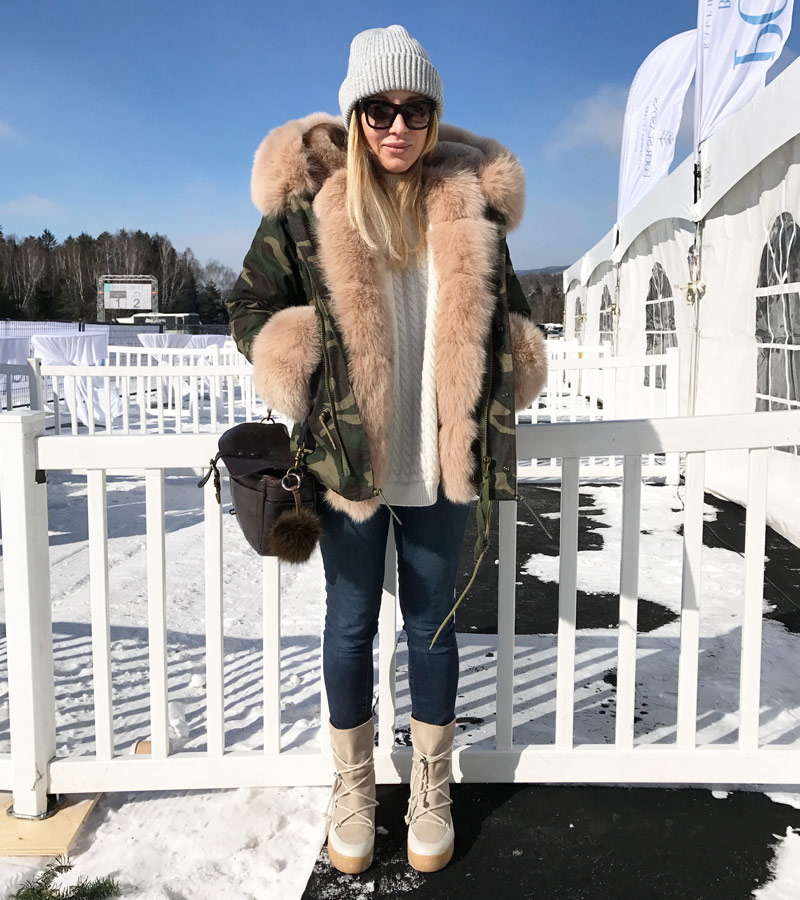 I usually don’t go for black fur because I feel it doesn’t stand out as much, but when I saw this outfit, I completely changed my mind! The quality of the fur, how it shines in the sun and the little accents of burgundy… I love everything about this look!

Another great example of a piece resisting times, Sophie is wearing her mother’s fur coat and matching hat… and it stills looks amazing today! 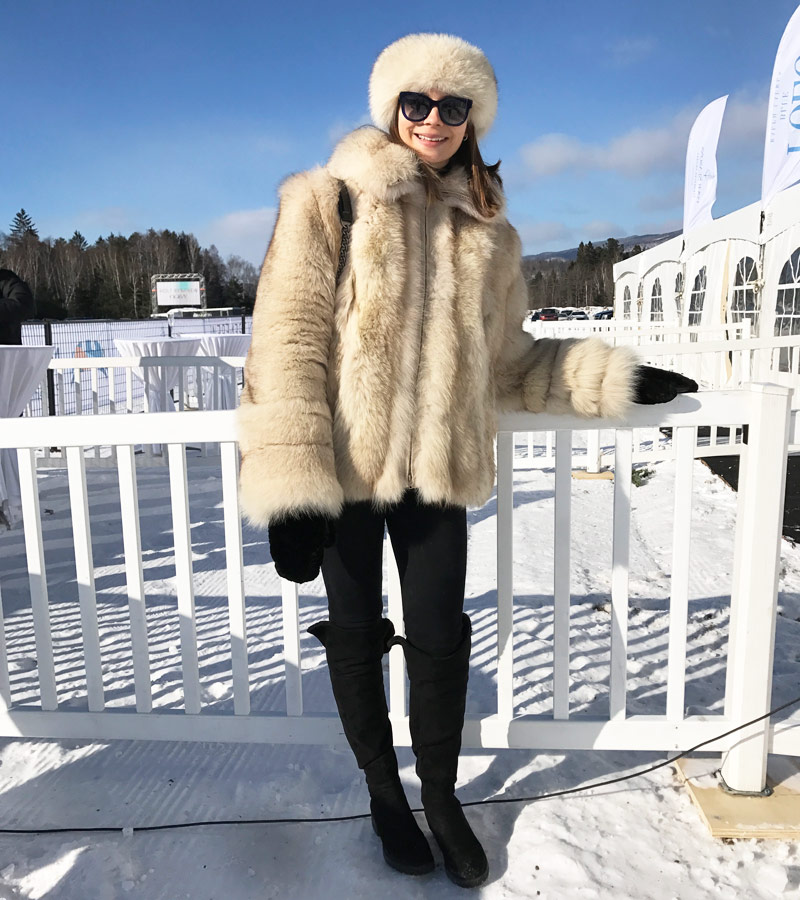 Yes, he was wearing a coat! But I loved his Saint Laurent Peruvian inspired sweater, graphic scarf and sunglasses so much, I asked him to brave the cold for a few minutes! Merci David, it was totally worth it! 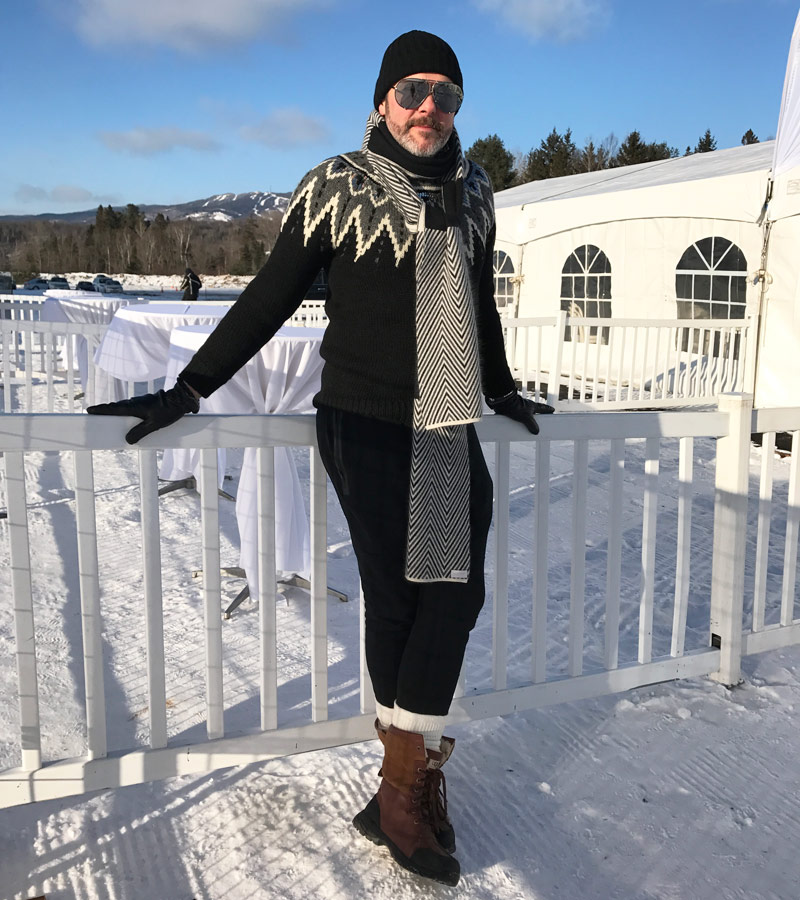 I unfortunately couldn’t write down their names (I’m not joking when I say it was sooo cold), but I love the fact that these three friends went for the same colour palette… so I had to include them in my list! 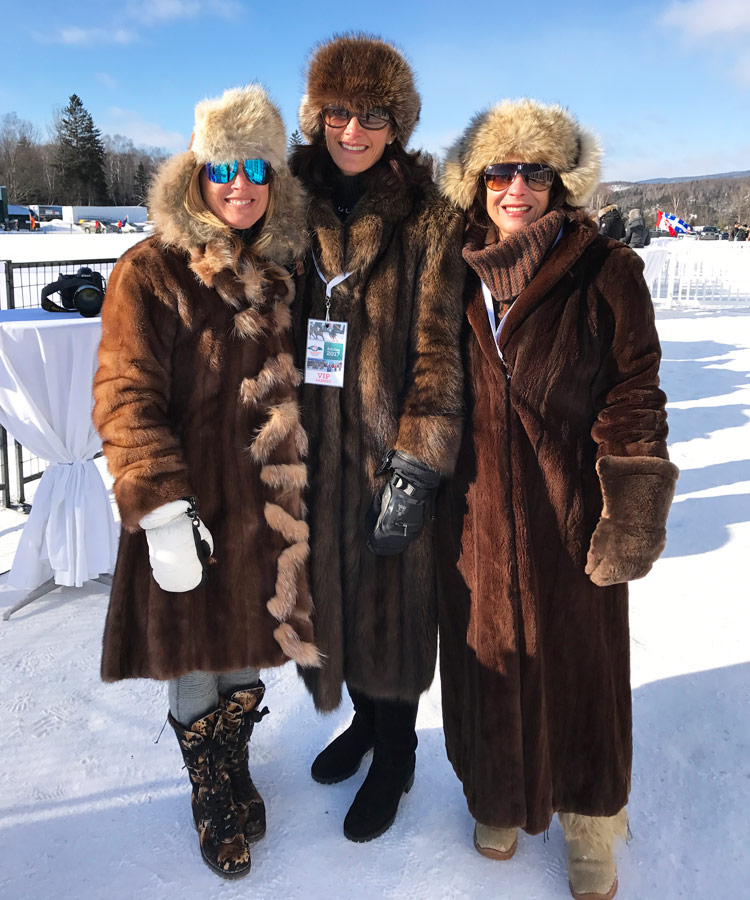 Andrew is a huntsman at the oldest hunt club in North America… which explains the vintage leather boots, tucked-in velvet pants and the classic Daniel Boone hat! 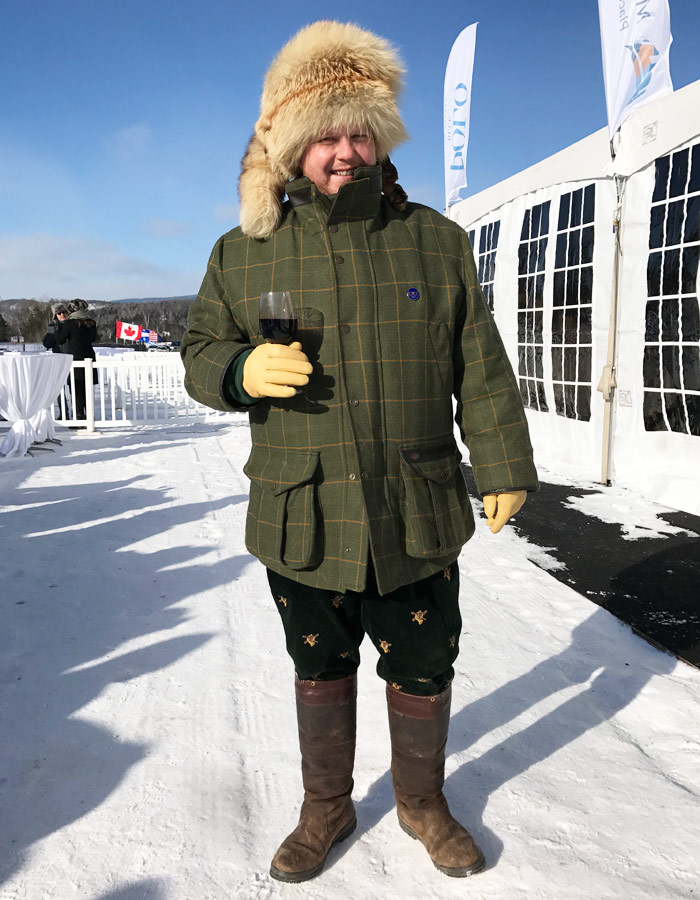 Snow Polo Tremblant is always a great event to see interesting fashion… and this year was no exception! On the left, Justin Fogarty, founder of the event and Lieutenant-Colonel at the Toronto Scottish Regiment. On the right, Doug & Billy, both bagpipers at the same regiment. As you may have noticed, they’re wearing uniforms made of the same fabric. Called Hodden Grey, this fabric is one of the only non-checkered tartans still used in the world.

I told you snow polo was the most elegant sport… 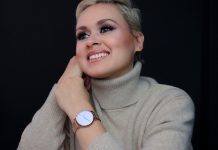 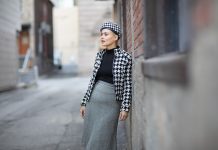 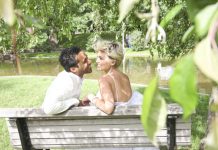